The Hidden Nature of Life After Death

Mars Might Be Hiding Most Of Its Old Water Underground, Scientists Say

Why Do Physicists Say A Multiverse Has To Exist?

Mars had up to 20 separate ice ages, discover scientists

SpaceX launched a prototype of its Starship rocket miles into the air Wednesday and, finally, landed it successfully. But 10 minutes later, the rocket exploded.

The roughly 16-story test vehicle — called Starship serial No. 10, or SN10 — lifted off at 5:14 p.m. on Wednesday. As it climbed, it shut off one engine and then another. The rocket hovered at the peak of its flight for about 30 seconds and then cut its last engine, tipped over, and belly flopped toward the ground.

As the rocket neared the ground, its Raptor engines reignited, flipped SN10 upright, and slowly lowered it to the landing pad.

But a fire persisted around the rocket’s skirt. Then about 10 minutes later, an explosion thrust SN10 back into the air, leaving it in pieces.

SPadre.com captured the incident from a camera on top of a building about 6 miles away.

The prototype’s predecessors, SN8 and SN9, completed similar high-altitude flights but flubbed their landings. They each slammed into the landing pad and immediately blew up. Still, those flights — and this one — demonstrated that Starship could rocket to high altitudes and control its plummet back to Earth. On Wednesday, SN10 showed it could land on the ground in one piece, too — at least initially.

SpaceX broadcast the test flight, which you can watch in the YouTube video below, minus the delayed explosion.

To start, Starship’s three truck-size Raptor engines roared to life, heaved it off the ground, and rumbled past the launchpad at SpaceX’s facilities in Boca Chica, a remote strip of land in southeastern Texas. After the rocket began its descent, two aerodynamic wing flaps at its nose cone and two at its base — operated by an onboard computer — moved independently to control SN10’s fall and maintain its belly-flop position.

SN10 is the upper stage of a system designed to have two parts; a roughly 23-story booster called Super Heavy would one day heave the Starship spaceship toward orbit.

If it works, the Starship-Super Heavy launch system could slash the cost of reaching space a thousandfold, since it would eliminate the need to build new rockets and spaceships for each spaceflight. Musk wants to construct a fleet of reusable Starships to power round-the-world hypersonic travel on Earth, fly astronauts to the moon, and one day carry people to Mars.

An eventual flight to low-Earth orbit 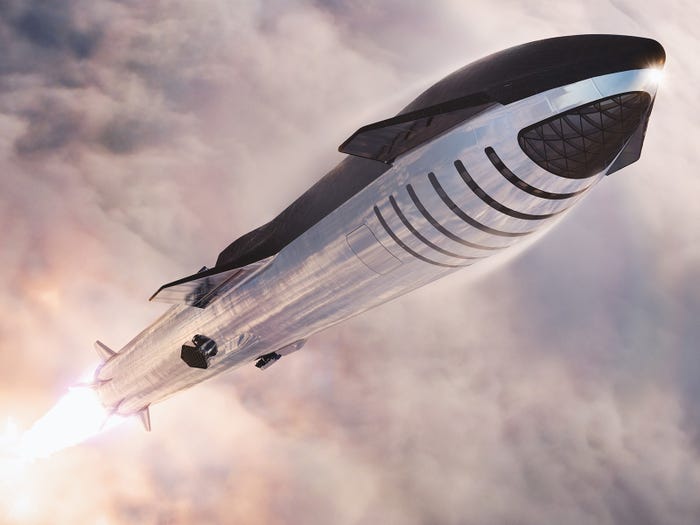 Once SpaceX figures out how Starship can nail its launch and landing, the company will want to rocket a prototype into orbit to test its ability to reenter Earth’s atmosphere. That will require a new type of launch license from the Federal Aviation Administration, but obtaining it involves clearing many regulatory hurdles, including a thorough environmental assessment. Depending on the findings of that assessment, it’s possible SpaceX may need to conduct a new environmental-impact statement, which could take up to three years.

Musk and the FAA have clashed in the past: SpaceX launched its first high-altitude Starship flight, that of the SN8 prototype, without FAA approval, which triggered an investigation.

That inquiry was still ongoing, as was another investigation into the causes of SN8’s explosive landing, at the time SpaceX wanted to launch its next Starship prototype, SN9. In January, SpaceX announced that the SN9 was about to fly. But as the rocket sat ready on the launchpad, the FAA suddenly yanked the airspace closing that made way for the rocket’s path. There was no launch that day.

In response to the delay, Musk railed against the FAA on Twitter, saying that its space division had “a fundamentally broken regulatory structure” and that “humanity will never get to Mars” under its rules.

The following week, the FAA approved the SN9 launch license updates and gave SpaceX the green light. The rocket soared and crashed, much like its predecessor.

Musk says he was “highly confident” SpaceX would launch an uncrewed Starship to Mars in 2024, followed by a crewed mission in 2026.

Movie Of The Day: The Brotherhood