Michael Jordan‘s super-rare, game-worn, signed Bulls jersey from his rookie year in Chicago just hit the auction block … and you guessed it, His Airness’ uni top could bring in $500k!!
MJ — who was drafted 3rd behind Hakeem Olajuwon and Sam Bowie😬 — rocked the red mesh size 42 Rawlings jersey multiple times during the 1984-1985 campaign … where he averaged 28.2 points per game, led Chi-town to the playoffs, and won Rookie of the Year. 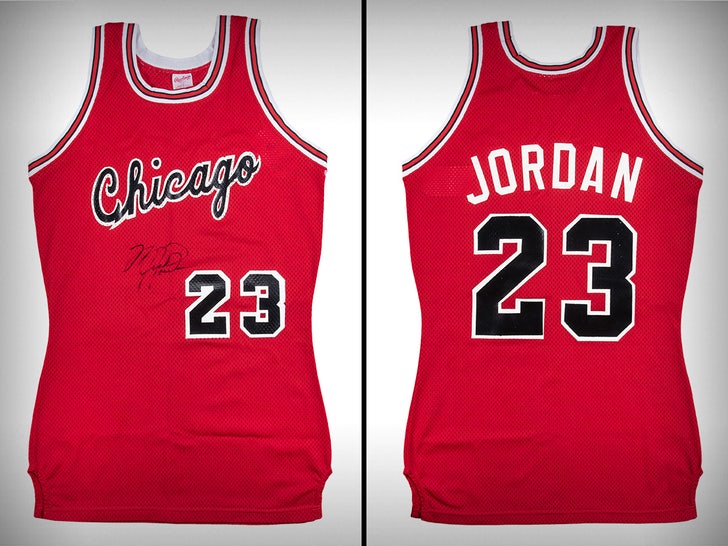 The jersey just hit Goldin Auctions block … and they tell TMZ Sports they believe it could rake in up to $500,000.
Of course, the value of MJ items has exploded following the success of ESPN’s “Last Dance” docu-series.
Everything from Jordan’s personal checks, to baseballs he signed as a youth ballplayer have been selling for exorbitant prices.
Michael’s rookie jersey won’t be any different … bidding starts now.
Good luck!

Megan Thee Stallion and Maroon 5 team up on new single...