Henry Golding‘s not giving up on fostering a pit bull named Stella … even after she bit another dog … but seems he’s warier of where they take their walks.

The “Crazy Rich Asians” star took Stella for a stroll in the sun Thursday at a park in Santa Monica. No other dogs around, just Stella and her foster dad … who’s heeding lockdown guidelines and wearing a face covering.

Henry had Stella on a short leash this time, one week after she attacked a smaller dog. 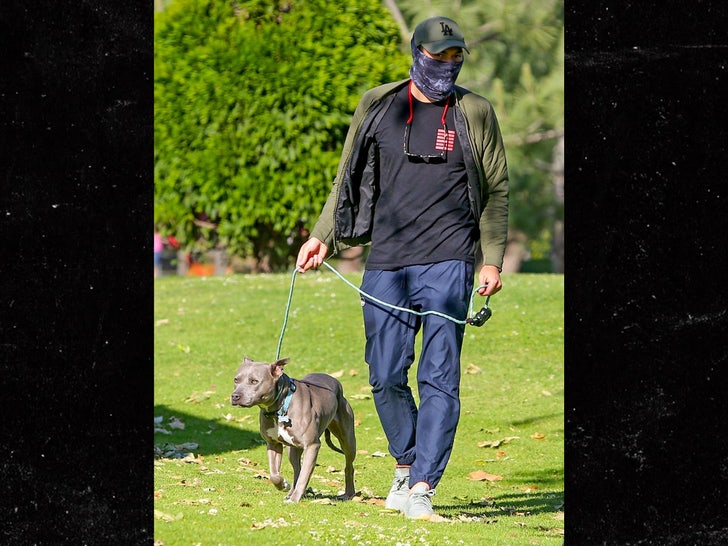 We broke the story … Golding took Stella to Pan Pacific Park in L.A. last week, where she bit a smaller pup that was not on a leash, by the way. We’re told Henry’s dog picked up the other dog by the neck, causing a large gash that required 6 staples.

The actor is offering to pay the vet bills for the smaller dog, which is expected to make a full recovery.

It’s pretty commendable that Henry didn’t take Stella back to the shelter after the incident — and is instead choosing to continue giving her a foster home.

Here’s a playlist of what Barack Obama listens to and sings...